Did anybody need a reminder that we’re living through mean times? Whether we needed it or not, we’re getting one right now, as states enact anti-abortion laws that have virtually nothing to do with protecting human life and a everything to do with controlling women’s lives and bodies. What has gone so terribly wrong with our culture?

Perhaps our collective empathy is failing us. I’ve certainly thought so for quite some time. So did then-Senator Barack Obama back when he gave a 2006 commencement speech at Northwestern University in which he warned graduates of America’s “empathy deficit” …

[W]e live in a culture that discourages empathy.  A culture that too often tells us our principal goal in life is to be rich, thin, young, famous, safe, and entertained. A culture where those in power too often encourage these selfish impulses.

It’s gotten worse since 2006, as I’m sure Obama would agree. Incivility rears its head all over the place, from hate-filled Trump rallies to petty name-calling and ad hominem attacks on social media. Sometimes it feels like the whole world is descending into what the Indian writer Pankaj Mishra calls the “Age of Anger.”

But is “cultivating empathy,” as Obama proposed, some sort of magic bullet? Maybe—but maybe not. Lately some writers have been suggesting that empathy has its limitations—and also its dangers.

Hanna Rosin recently wrote about the ideas of Fritz Breithaupt, the author of the book The Dark Side of Empathy. Breithaupt turns some of our conventional notions of empathy upside down. For example, while we routinely think of terrorists as lacking in basic human empathy, Breithaupt suggests that they are instead afflicted with an “excess of empathy. They feel the suffering of their people.” Their empathy drives them to commit vicious acts against those whom they suppose to be responsible for inflicting that suffering.

I almost balk at this idea. Still, I’m afraid there’s something to it. Even those of us who are not terrorists can fall into narrow tribalism. It is easy to empathize with people who are like us, and near and dear to us; it is harder to empathize with people who are different and farther away. And this is dangerous. By giving ourselves over to divisive and selective empathy—the kind of empathy that excludes and persecutes the other—Breithaupt suggests that “basically you give up on civil society at that point. You give up on democracy.” 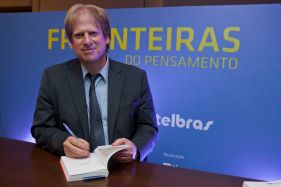 Also, because empathy focuses on individuals, it is just about impossible to exercise in the abstract—which is to say, on any truly large human scale. Empathy is like a spotlight that blinds us to widespread suffering. In his controversial and provocatively-titled book Against Empathy, Psychologist Paul Bloom comments on this “spotlight” problem …

[S]potlights have a narrow focus, and this is one problem with empathy. It does poorly in a world where there are many people in need and where the effects of one’s actions are diffuse, often delayed, and difficult to compute, a world in which an act that helps one person in the here and now can lead to greater suffering in the future.

Bloom is fond of citing a question posed by the Chinese philosopher Mencius: If you are out walking and see a child drowning, what would prompt you to rescue her? Would it be empathy? I can certainly imagine feeling empathy for the child’s pain and terror, and also for her parents’ grief and sorrow should their daughter drown. But when it comes to actually rescuing her, I suspect that Bloom is right in suggesting that I’d rescue the girl because it is simply the right thing to do.

According to Bloom, this may not be an empathetic decision, but it is definitely a compassionate one. We’re not used to making a distinction between empathy and compassion, but they’re really not the same. Bloom quotes a paper by Tania Singer and Olga Klimecki …

In contrast to empathy, compassion does not mean sharing the suffering of the other: rather, it is characterized by feelings of warmth, concern and care for the other, as well as a strong motivation to improve the other’s well-being. Compassion is feeling for and not feeling with the other.

Bloom describes this sort of “non-empathetic compassion” as “a more distanced love and kindness and concern for others.” Such compassion involves a level of caring that empathy doesn’t necessarily engage. And because it isn’t easily exhausted, compassion also facilitates sustained, positive action to remedy human suffering.

I can remember my own outrage when the crisis of family separations began at the U.S./Mexico border. Like many Americans, I was devastated by images, videos, and audio recordings of terrified children. But I’ve also experienced a feeling of gnawing helplessness at the sheer number of children who remain separated from their families. My tears did those children no good—but perhaps my modest contributions to the ACLU did. That organization’s tireless effort to reunite children with their families is a task for which empathy seems ill-suited, but for which the more distanced, diffuse, and nuanced emotions of compassion and kindness are essential.

I find that the best way to grasp the distinction between “representative thinking” and emotional empathy is Arendt’s lovely phrase, “one trains one’s imagination to go visiting.”

I’ve noticed that new developments in neuroscience seem to bear out these ideas. The hormone oxytocin has lately gained what I’m tempted to call “celebrity status.” Because it facilitates empathy, trust, and social bonding, and is released during sex and childbirth, it is popularly known as a “love drug” or “cuddle chemical.” But as sociologist Christopher Badcock points out, oxytocin has a dark side. The empathy that it generates seems to be limited to one’s own group and can actually stir up hostility toward outsiders.

Nevertheless, recent experiments with oxytocin suggest some intriguing possibilities—and maybe even potential therapies. When administered as a nasal spray to human subjects, oxytocin alone does not change preexisting attitudes toward, say, refugees and foreigners. But if a dosage is accompanied by “peer influence” promoting the value of tolerance, subjects show increasing generosity even toward outsiders.

In other words, when administered with a spoonful of advocacy for positive social behavior, oxytocin might help transform “mere” empathy into robust and inclusive compassion. According to researcher Rene Hurlemann, “Given the right circumstances, oxytocin may help promote the acceptance and integration of migrants into Western cultures.”

That’s a tall order. I find it hard to imagine Americans lining up at clinics to get inoculated against xenophobia. Also, the mystique of empathy is so strong that people probably won’t easily give up their unquestioning faith in it. Even when it is painful, empathy makes us feel good about ourselves, promotes a desirable self-image. But there’s a difference between feeling good and doing good, and even between righteousness and doing what’s right. 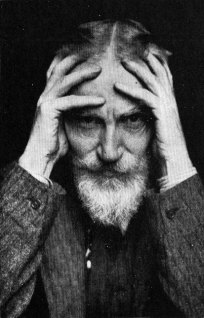 I’m reminded of the words of playwright Bernard Shaw, who could be notoriously unemotional—even chilly—in both his life and his writings …

The only aim that is at all peculiar to me is my disregard of warm feelings. They are quite well able to take care of themselves. What I want is a race of men who can be kind in cold blood.